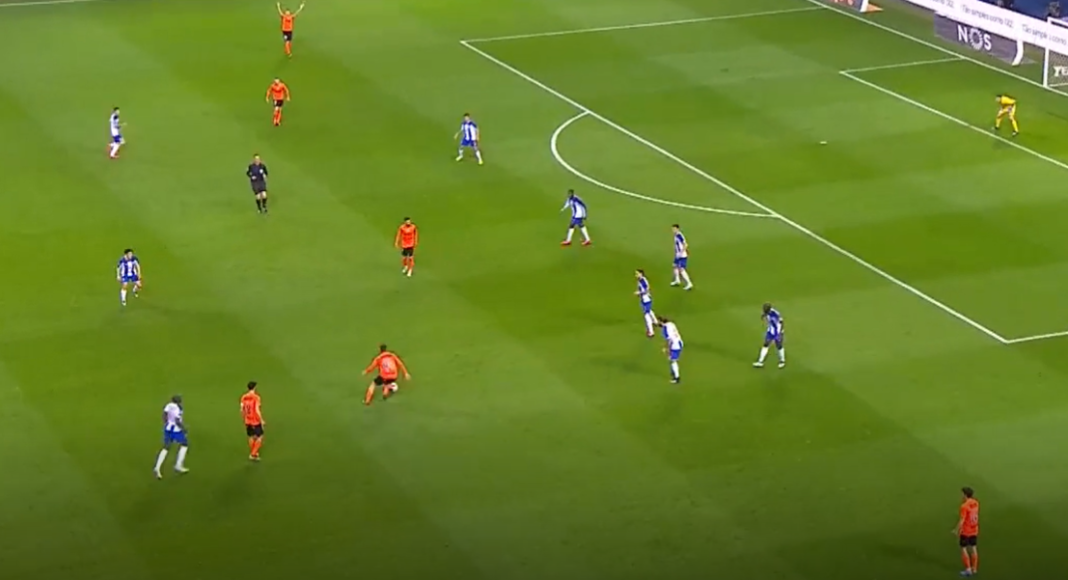 (article originally published in portuguese, in this link)

The widespread quantification of (almost) every action that happens during a football match, along with increasing availability of access to it, has shifted the challenge. Now, more important than quantifying is to lean towards the interpretation of that data, turning it into qualitative measures that allow better understanding of what is happening on the pitch in different contexts.

The Expected Goals (xG) metric is an excellent example. For several years, data about the number of shots and the areas where they were made was being captured, but it took some time to have a way to transform that into a degree of danger of each one of those shots. Such a measure can reveal a lot more about the real quality of a chance, than the sole quantification of volume, which can actually be a little deceiving.

It is true that no team scores without shooting (let’s forget own goals) and that the ones that take more shots have a higher probability to score, but let’s look at the different correlations on the next two charts, for teams from the Portuguese Liga NOS.

Portimonense, a club that was in the relegation zone prior to the interruption of the league, is ranked seventh in average of shots per game but that fails to translate into goals (only 16, the worst in the competition). However, when we look at expected goals, Portimonense’s record is very much in line with reality. The same trait is evident with Rio Ave, another curious case but in the opposite direction. Overall, for the whole competition, while xG can explain 85% of the variance in the number of goals scored, pure volume of shots can only explain 57%.

This serves to reinforce the message that “quality measures can be more reflective than quantity measures“. In the same way that expected goals arrived to help qualify a team’s capacity to create goal scoring chances, the path to “make the numbers tell” more and better stories has to include metrics reflecting information that better measure what happens during a match.

The success of teams like Jürgen Klopp’s Liverpool, Bordalás’ Getafe or the clubs from the “Red Bull universe”, has sparked conversations about the so called gegenpressing, a collective behaviour which is characterised by a strong reaction to the loss of the ball in order to recover it quickly, preferably in advanced zones of the pitch. Some metrics have come to light aiming to effectively measure such behaviour, one of them is the Passes Per Defensive Action (PPDA in short).

The calculation is simple and efficient. How many completed passes are allowed to an opponent until a defensive action is made. A defensive action is usually defined by any tackle, interception or foul committed, but for this exercise I will also include blocked passes and clearances, taking fouls out of the equation. By not including fouls, the intention is mainly to purge the asymmetries between the various leagues. The variance is relatively low in the other parameters, but for fouls it stands at around 13%, with the Portuguese league having 10 more per game than the English league, for example. This makes the weight of that particular defensive action to be of 23% in Portugal and 16% in England, which, if included, would give a somewhat unreal perception of the gegenpressing in the Portuguese league, because the volume of completed passes is inferior, also as a result of that.

Ultimately, and considering Liga NOS and the Top 5 European leagues, these are the teams with the best PPDA in Europe until the interruption of all the competitions, in March:

Even without taking fouls into account, Portugal still has the league with the lowest PPDA, and FC Porto is the team that leads the ranking within these six European championships. It is true that the lack of quality in possession of most of the teams in the Portuguese league does help, but watching Porto no one can deny that aggression and high reaction to the loss of possession are characteristics that define Sérgio Conceição’s team playing style.

Oddly or not, Porto has already faced Leverkusen and Braga twice, two teams that also show in the Top 5 for capacity to prevent the opponents to play their game, and… those clashes did not go well for them. The “dragons” lost those four matches, the only defeats they had in the last 27 games, something that can somewhat lead us to infer that Porto struggles against opponents that are also intense without the ball.

The following chart shows that Porto is the best team at recovering the ball in every third of the pitch, within Liga NOS. Because PPDA values change a lot depending on those thirds, the numbers presented are percentual differences to the league’s average at each of those zones.

Yet, it is in the last third that Porto’s pressure differs more from the rest. The “dragons” have a PPDA 40% above the average of the league, and despite that is included on the team’s DNA, much is also owed to a player who is often underrated.

Brazilian versatile midfielder Otávio is the player in all of the main European leagues with the highest average of defensive actions inside the last third of the pitch and is responsible for 23% of Porto’s defensive actions in that zone. These numbers are exceptional, specially if we take into account that the number “25” adds to this record 3.48 defensive actions per game in the middle third, the 11th highest value in Europe amongst 1345 players. In the 8th place of that ranking, we can also see João Palhinha (3.56), which also helps explaining why Braga has the second best PPDA in the Portuguese league in this specific zone.

…to the Progressive Circulation

Inverting the PPDA is a good way to evaluate the quality of a team in possession on the ball. After all, if a team is able to pass the ball between its players without the opponent being capable of stopping that circulation, that somewhat reflects quality in the processes of offensive organization. However, in some situations, such trait may actually be allowed by the opponent.

Should we put lateral passes on defensive areas in the same “bucket” as vertical passes that allow a team to progress on the pitch? Probably not, and that made me think about creating a new metric: VPPDA (vertical progression per defensive action). Here, as opposed to using the volume of completed passes as a numerator, I will consider the metres of vertical progression achieved with those passes. If that number is high, we can assume the team has a bigger quality of progressive circulation. Let’s see the European ranking.

It is encouraging to see that the first four in this ranking are leaders in their respective leagues, but the most interesting fact may the presence of Rio Ave between those “giants”. The team managed by Carlos Carvalhal is a kind of “party crasher” in this Top 10 and is the only club, together with Patrick Vieira’s Nice (48.5), that shows in the top of this ranking without being a traditional title contender.

Within the great disappointments we find Tottenham (33.2), which went down to 32.6 during the Mourinho era, and Diego Simeone’s Atlético (34.5). The Madrid outfit is far from what was promised in the beginning of the season regarding this particular aspect of the game.

I also applied the same formula to the defensive aspect, that is, the amount of vertical progression allowed for each defensive action. And this is the distribution of the 116 clubs in the analysis.

If it is true that a team’s identity goes far beyond what is measured here, it is also true that the teams that better combine both parameters (green area) were – with few exceptions – having very positive campaigns.

In Portugal, Porto is the side that gets closer to the “margin”. Although their progressive circulation is only average, the fact that the Dragons are within the best in Europe when it comes to prevent the opponents build-up, makes them look the most consistent team in Liga NOS.

In the extreme opposite we have Desportivo das Aves, but it is also curious that in this chart they are very close to the successful Getafe. However, by splitting VPPDA in the two halves of the pitch, we see that the Spanish side is one of the best teams in Europe (13th) preventing vertical circulation in the opponents’ midfield, and Aves is only 86th. While Bordalás team is strong recovering the ball in high areas and gives plenty of space when the opponents go beyond the first lines of pressure, Aves almost always chooses to wait for the opponent inside its own half.

This also helps to demonstrate that it is always possible to go deeper in the analysis and that there are no limits in a process that, although mathematical, is also largely creative and organic. The moment we are facing is serious but it is also an opportunity to do just that.

The Portuguese league paused after a fantastic Porto – Rio Ave which, at the time, left us a “mouth-watering taste” for the 10 remaining rounds. The most competent team in building up its attack went to the Estádio do Dragão to face the most competent side “destroying”, in a match that ended in a draw and was probably one of the most interesting in the whole competition. We can only hope that football returns as quickly as possible but, until then, we will use statistics to exalt their best performers. The numbers, when put to good use, are also a good tool to do that.

Contact us to [email protected] or go to this page to know more about the services we can offer in the segment of professional football.