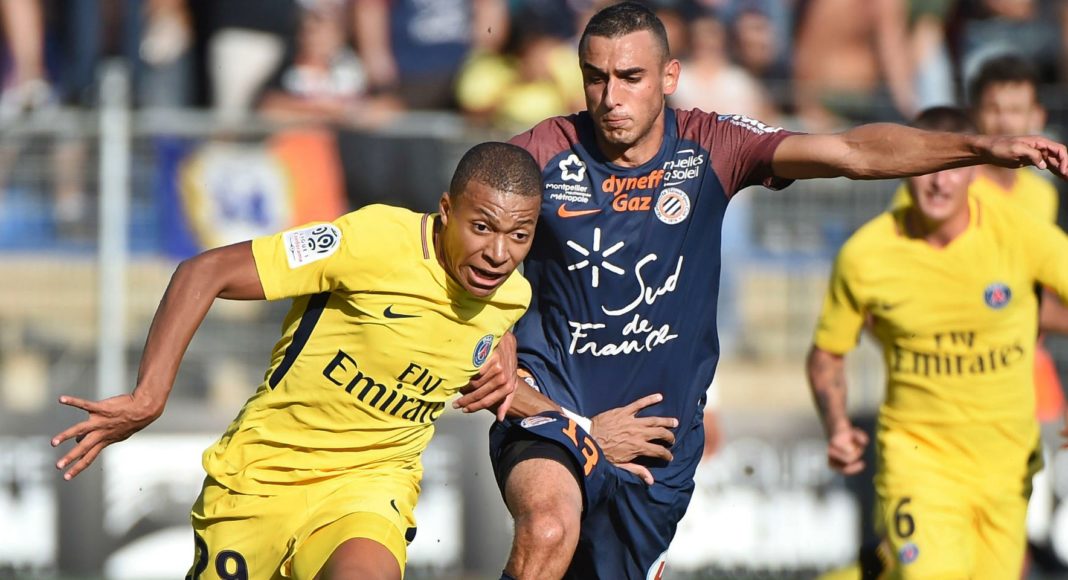 Montpellier | A shield built with style 🛡

While the top of Ligue 1 is looking pretty much as expected at the start of the season, as you take look further down the table you’re bound to find a couple of more unusual situations. Montpellier are sitting eight in the table but have the best defence in the league – having conceded only 13 goals this season. Since in the top-5 European leagues only Atlético and Barcelona concede less often, we looked further into them and found not only a very interesting team, but a couple of players worth watching out for.

“Expected Goals” – a metric that shows how often a team is expected to score/concede on average based on the quality of shots occurring in their games – puts them second in Ligue 1 for “xG Against”, with a solid 16.79 that deviates little from their actual goals conceded. This means that this feat is, in large part, skill based and not luck reliant.

A lot of these smaller teams with solid defences succeed via dropping their lines very deep and letting their opponents take a lot of shots. These will then either come from poor locations or are rendered useless due to having so many bodies obstructing the path between the shooter and the goal. This season’s very successful Burnley side is a prime example of this. Montpellier, however, does not approach things the same way at all.

Michel Der Zakarian’s team does not let their opponents take many shots at all. In fact, in the top-5 leagues, only 11 teams conceded less shots per game than they do. Out of those, 10 participated in the Champions League this season – something to be expected, since conceding few shots is often a characteristic of teams that are dominant in their leagues and have a lot of the ball. But, again, Montpellier aren’t like them either: averaging less possession than most in Ligue 1 and being a counter-attacking team for the most part.

Averages per match for teams in the Top-5 leagues. Source: GoalPoint/Opta

The side from the South of France have been shaping up in a back-5 as of late, with either a trio or a duo of midfielders ahead of them for extra protection through the centre. They obstruct the central spaces in front of Lecomte’s goal, pushing their opponents wide and giving them a lot of trouble to get an unopposed shot off from a good location. Moldavian manager Zakarian really has built a well drilled side, with no major defensive weaknesses. They are solid in the air, only miss a small portion of their tackles and commit less fouls than almost any other team. This allows them not to be subjugated by set-pieces, which is one of the main weapons for a lot of teams.


In case you’re still sceptical, Montpellier have been incredibly solid even against the league’s top attacks. In five games so far against PSG, Lyon, Monaco and Marseille – Ligue 1’s four top scoring sides –, they drew all of them, conceding only twice in the process (one of those coming from a penalty).

Yet another refreshing characteristic of this side is that a lot of their deeper players are technically astute. Not only is this unusual for a minor team, it is incredibly useful for transitions and to get them out of trouble in their own midfield. Montpellier win a very large number of fouls (15.3, top of their league), very few of them coming way high up the pitch – it’s not uncommon to see their defenders win fouls when the opposition is pressing high up the pitch. Most of their back-line are amongst the most fouled defenders in the league.

Defenders with the highest average (per 90′) fouls won in Ligue 1 (Source: GoalPoint/Opta)

Being comfortable in possession is a must-have when it comes to getting a move into a bigger team and a few of their players surely will. Twenty-year-old Nordi Mukiele is the one grabbing more attention, with clubs like Benfica and even Manchester City supposedly looking into him. Starting the season at right-back, he has since shifted inside to play as the team’s right centre-back and has been very impressive. One of the most complete defenders around, combining athleticism with technical ability, he has what it takes to play either role with competence but will likely end up as a ball-playing centre-back for a major team.

Both wing-backs are worth a look as well. Roussillon on the left and Aguilar on the right are 25 and 24 years-old respectively, and have impressive numbers – particularly from an offensive stand-point –, contributing with quite a very above average number of dribbles and key passes from wide – even more so for a team that is quite poor going forward. Their ceiling probably isn’t high enough to let them play for one of Europe’s biggest teams, but they can still make a step up from here. By signing Oyongo from MLS’s Montreal Impact, they are likely already preparing for an outgoing transfer from Roussillon, who has a couple of goals and three league assists already.

Through the centre, Ellyes Skhiri is a 22-year-old midfielder who is super impressive at winning the ball back and, at his age, could still be moulded to do more than that. In the back Pedro Mendes – former Sporting and Real Madrid – seems settled at last after a 1M€ summer move from Rennes. The problems lie further up field, where the team has trouble converting the few chances they manage to produce.

The play style may not be everyone’s cup of tea, but they are one of the most intriguing teams to watch this season and certainly worth scouting look from bigger clubs.