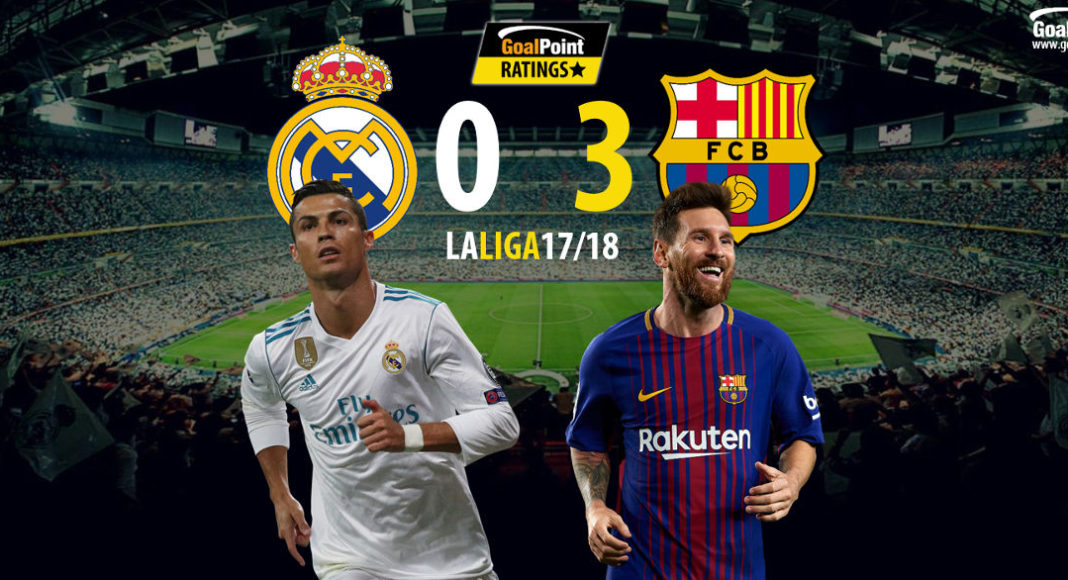 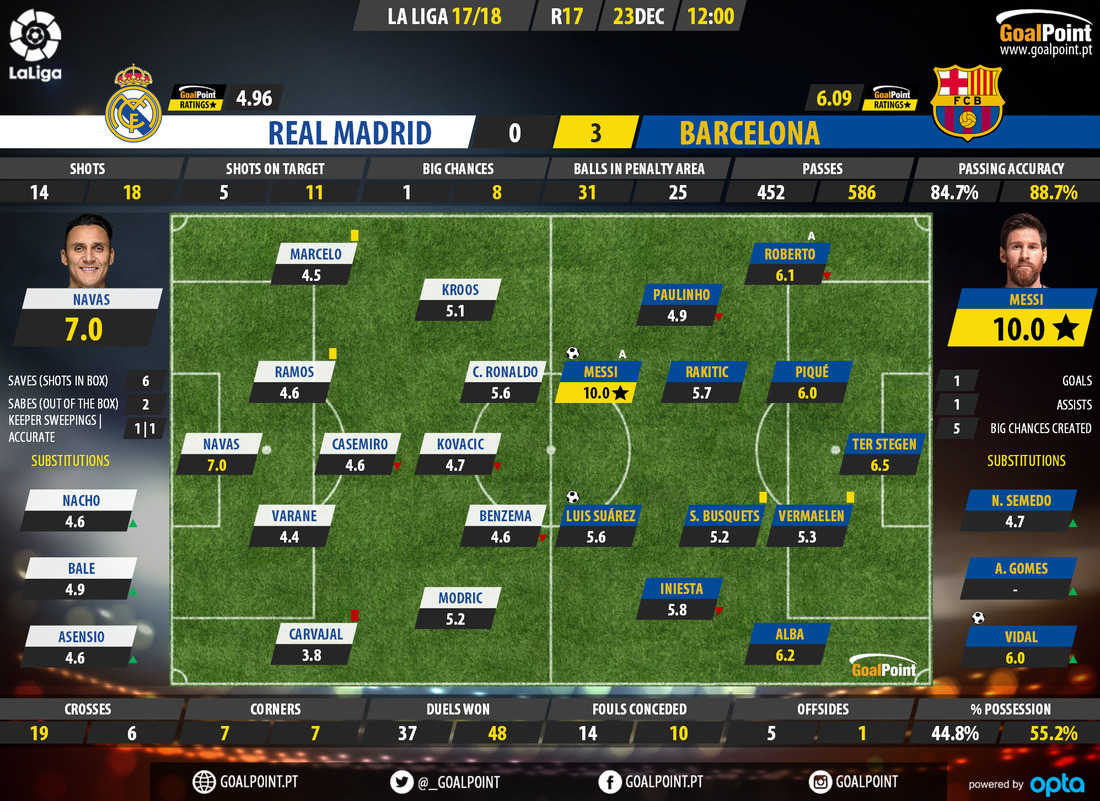 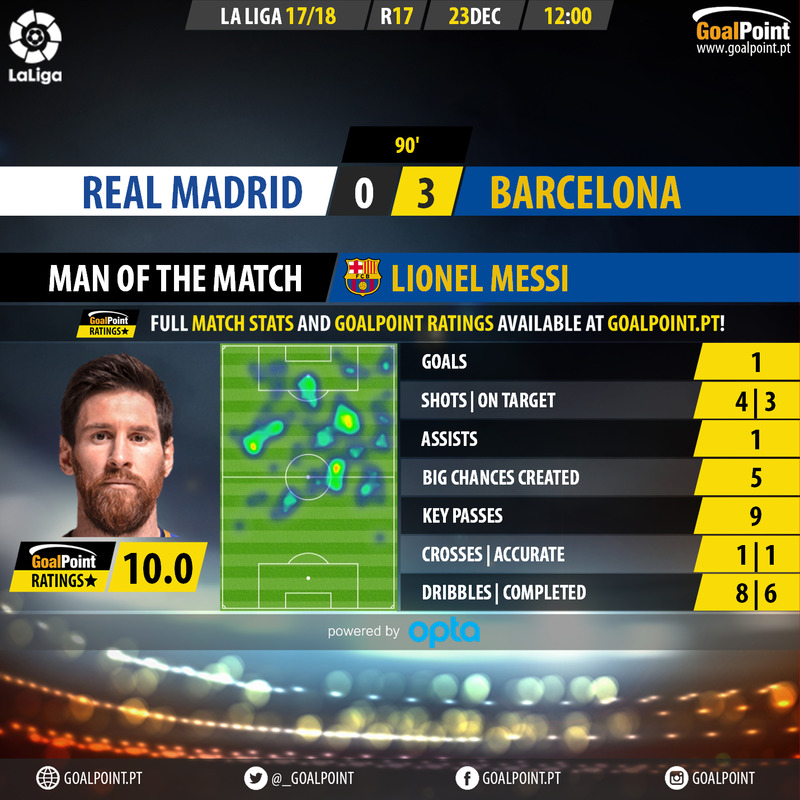 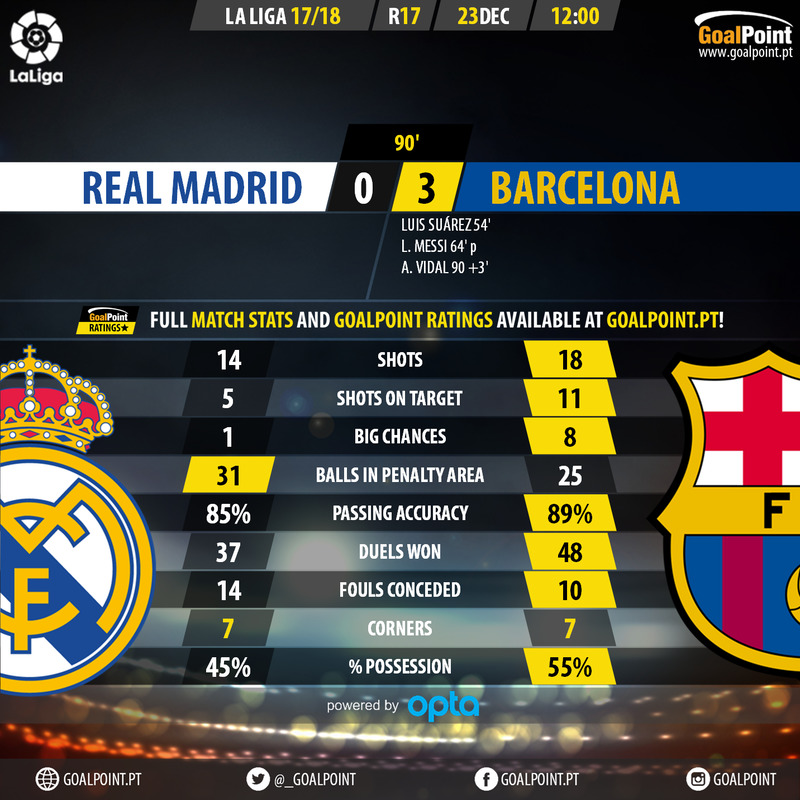 Barcelona won the La Liga 17/18 “el clásico” in great fashion, with a 3-0 win at Santiago Bernabéu that took them up to a 14 point advantage over their opponents Real Madrid one game in hand). With a tremendous second half, the Catalans were inspired by a great performance from his star player, Lionel Messi, who ended the game with the perfect rating. One goal, one assist and unbelievable numbers from the Argentinian, who left Madrid almost out of the title contention.

The Match in Numbers 📊

Quite an entrance from Barcelona in the 2nd half ⭐

With a 2 goal advantage and 1 extra man Barça has everything to achieve a milestone owned only by Atletico: 3 consecutive wins in the Santiago Bernabeu#ElClásico #RMClasico #ForçaBarça #RMAFCB pic.twitter.com/yJtIbBHEEd

Man of the Match 👑

Amazing game from Lionel Messi. The Argentinian ace is used to incredible displays, very high ratings and to scoring in important games, specially in “clásicos”, but this time he surpassed himself. With a tremendous performance in the second half, Messi registered the perfect score in our GoalPoint Ratings, a 10.0. Why? One goal in four shots (three on target), one assist, five big chances created in nine key passes (!), six successful dribbles in eight attempts. Strong enough?