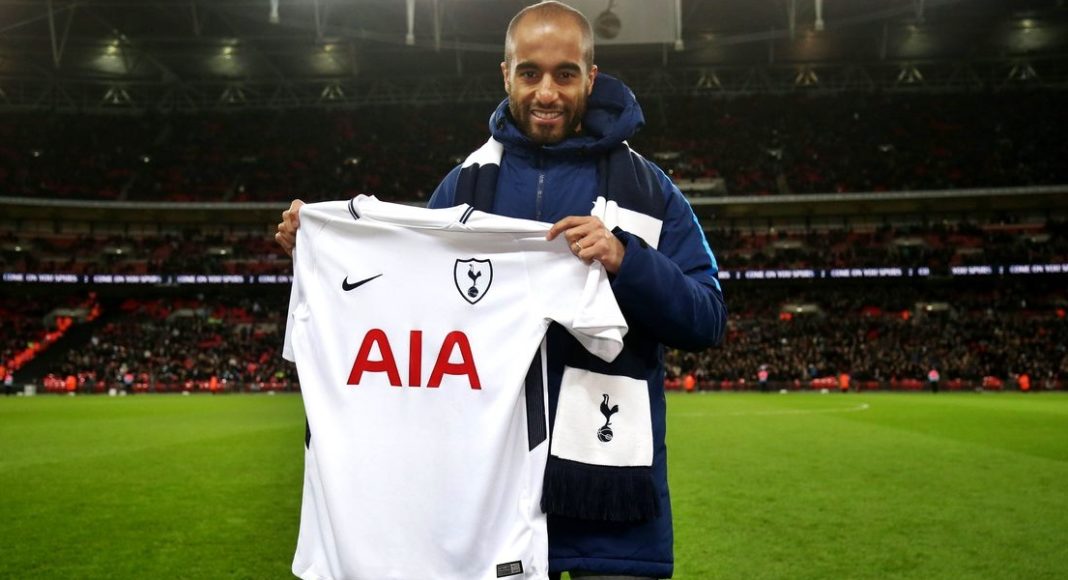 With the January transfer window finally closing for most European leagues, it is time to recap my personal favourite moves from this mercato. Only transfers from the Top-5 Leagues included, with one exception.

Since I wanted to make this list more about moves that went a bit under the radar than about the most expensive ones, I decided to only include one of the big transfers. And it just has to be Lucas Moura to Tottenham. With PSG’s influx of attacking players, the Brazilian hasn’t played much at all this season – which is a great part of the reason why Spurs managed to pick him up for a very reasonable 28.4M€.

The French club ended up with taking an almost 12M€ loss on him but that doesn’t mean his time in France wasn’t productive: Lucas has been a consistent part of the Paris side since 2013, averaging 14.5 goals + assists per season in his four full years in the French capital. He’ll be a very welcome addition for the Lilywhites since his characteristics match Spurs’s exact demands.

Moura is fast and a great dribbler, which will add a different dimension to Tottenham’s attack: his 2.3 successful dribbles per 90 minutes from last season are by far his worse numbers since arriving in France and are still superior to those of everyone in Spurs attack this season. His key passing numbers are good and a generous portion of them come from crosses (1.1 p/90 last season): something that Tottenham rely exclusively on their wing-backs for.

It’s natural for his numbers to be inflated due to playing in such a dominant offensive force, but he has got everything Tottenham needs and he is only 25 years-old. Great pick up.

Deulofeu – Barcelona to Watford – on loan

Deulofeu’s move to Watford is the only loan deal in this list. I figured like if Barcelona are moving him on for the second time, he’s unlikely to get a chance with them ever again – specially with only a year and a half left on his deal. As much as he did not set the world alight in his 500’ league minutes with Barça this season, I believe there’s a solid chance he’ll do well with Watford.

I say this mostly based on what he did in Milan during the second half of last season, where he ended up with 4 goals and 3 assists. The winger seemed to have finally found his spot and was playing his best football since he left Barça’s B team. Deulofeu finished the season with 2.4 open play key passes p/90 which was the best in Serie A, on top of 3 successful dribbles p/90 which was third best in the league. This in a team that really wasn’t that dominant at all.

While this makes me wonder why he did not stay in Italy, he will be a helpful addition for Watford, a team that needs someone to boost help with their chance creation.

I first heard of Badou Ndiaye during the 2015/16 seasons, as he was one of the talents behind Osmanlispor’s impressive league campaign that push them all the way to a Europa League presence in the following season. He was solid in Europe and did well again in the league despite his side falling off, this lead to a move to Galatasaray this summer and now a chance in the Premier League.

While for Osmanlispor he played as more of an attacking midfielder, he was pushed further back as more of an “8” with Gala mostly due to Belhanda’s presence in the team. This made his output completely different from other seasons and not reflective of his best self. For Osmanlispor he was a quick, roaming dribbler who tended to arrive in the box very well, being a true goal threat from midfield – 3.1 shots p/90, 1.4 of them in the box (2016/17).

He is physically imposing as well, especially when you compare him to your usual attacking midfielder. Ndiaye has also averaged more than 2.5 tackles p/90 in the last three seasons, even playing further upfield, so you know he’ll fit in at Stoke.

At 16M€ the price does seem a bit steep for a 27-year-old who isn’t having an outstanding season but, putting that aside, he seems to be a bit of what Stoke needed. A physical attacking midfielder who can arrive in the box well and let guys like Joe Allen focus solely on the passing part of the offensive structure.

At 21 years-old, Rashica is Kosovo’s most capped player and biggest talent. He’s been with Vitesse in the Eredivisie for two-and-a-half years since they picked him up from his come country and is now on to the Bundesliga with the Dutch club receiving about 23 times what they had paid for him.

He is a quick winger who creates for himself more than for others. Always putting up a large amount of shots, this season he seems to have stepped up slightly when it comes to his shot locations via taking 60% of his 2.5 shots p/90 in the box, a good improvement in every sense from last season’s 47% of 1.9.

He’s a good dribbler as well – as the numbers show (2.2 completed per 90) – and that, combined with his agility and movement, offers something that Bremen are missing and will have to take advantage of.

Dabo is probably the least impressive member of this list when it comes to his recent performances. Bryan has been with Saint-Étienne for since the start of 16/17 and hasn’t set the world alight. Last season he did not get enough minutes and, while he has gotten them this season, it is been in the middle of a highly dysfunctional team that is only two points away from relegation. But before then, he actually had two great back-to-back seasons with Montpellier.

With the transfer to Italy, Fiorentina will be hoping to bring back that Dabo – if they manage to do it, they will have a solid asset for a cheap price. The French youth international is a very complete and versatile player, who can play anywhere across the midfield or even as a right-back. In his two seasons as a starter for Montpellier, he managed to average 4.5 tackles + interceptions p/90 while also completing close to 2 dribbles p/90. He’s physically imposing while also not being slow and is an okay passer as well.

For Fiorentina he’ll likely be competing with Benassi and Veretout for the centre-midfield spots. Don’t think he’ll overcome them automatically but could assert himself once he starts getting minutes.

Hanni is here as a bit of a “honorable mention” since we at GoalPoint all like him a lot, yet he did not move to a top-5 league, so he did not meet the criteria set for the other players. Sofiane Hanni has been performing at a very high level since for a couple of years now: first with Mechelen, now with Anderlecht.

The Algeria international is super versatile, playing from the wing, as an attacking midfielder or even as a false nine while always keeping his quality. What makes him special is the quality of his final ball: with 2.1 open play key passes p/90 and 0.8 through balls p/90. Even looking at more basic stats, anyone can see that there’s a talent here: Sofiane has totalled 25 goals + assists in 15/16, 24 in 16/17 and 14 in the first half of this season.

At 27 years-old, this arguably should have been the moment of his move to one of the big leagues. Instead he will be spreading magic through Russia – credit to Spartak for stepping up and going in for him.

Montpellier | A shield built with style 🛡

While the top of Ligue 1 is looking pretty much as expected at the start of the season, as you take look further down...
Ler mais
GoalPoint in English

The top 🔟 midfielders in Europe ⭐️

It would never be an easy task to choose the top-10 midfielders in the world. Regardless of the method you decide to follow, there...
Ler mais
Sporting CP